April 20, 2021
Trending
Home News With Waters Rising And Its Population Falling, What Is Venice's Future? – NPR

The lagoon city of Venice — a unique experiment nurtured by man and nature — suffered heavy damage in November as floodwaters reached their highest peaks in more than 50 years.

But rising sea levels are not the only threat. As Venetians continue to leave their city, Venice risks becoming an empty shell sinking under mass tourism.

Two weeks after the floods, St. Mark’s Square resonates with a cacophony of languages – Spanish, Chinese and Russian. Awestruck visitors shriek and marvel as they take selfies in what Napoleon described as Europe’s drawing room.

But across the lagoon, Venetians are taking stock of the damage caused by a wave of exceptionally high tides — known as “acqua alta” or high water.

Pellestrina is home mostly to fishermen. For centuries, this 7 1/2-mile-long barrier island protected the Venetian lagoon from the Adriatic Sea. But on Nov. 12, a near-record high tide of more than six feet, combined with strong winds, made for a perfect storm and washed over Pellestrina’s high embankments, flooding the island for a full day. Nearly everything on ground floors was destroyed.

Along the waterfront, trash collectors load now-useless refrigerators and washing machines onto trucks.

Fisherman Dino Vianello stares forlornly toward the lagoon, at what was once his shed on wooden pilings. For 40 years, he stored his nets there. Now his livelihood is gone.

Nobody, he says, had ever seen waves nearly seven feet high and the sea roiling inside homes.

“The lagoon’s ecosystem is unique,” says Vianello, “the ancient Venetians who built the Republic of Venice worked in harmony with nature, not against it.”

The project is called Mose, an Italian acronym that also means Moses, suggesting a parting of the waters. Still unfinished after 16 years and $5.5 billion in public funds, it’s been plagued by corruption and won’t be in operation for another two years.

Meanwhile, many residents of Venice feel ignored by local authorities. 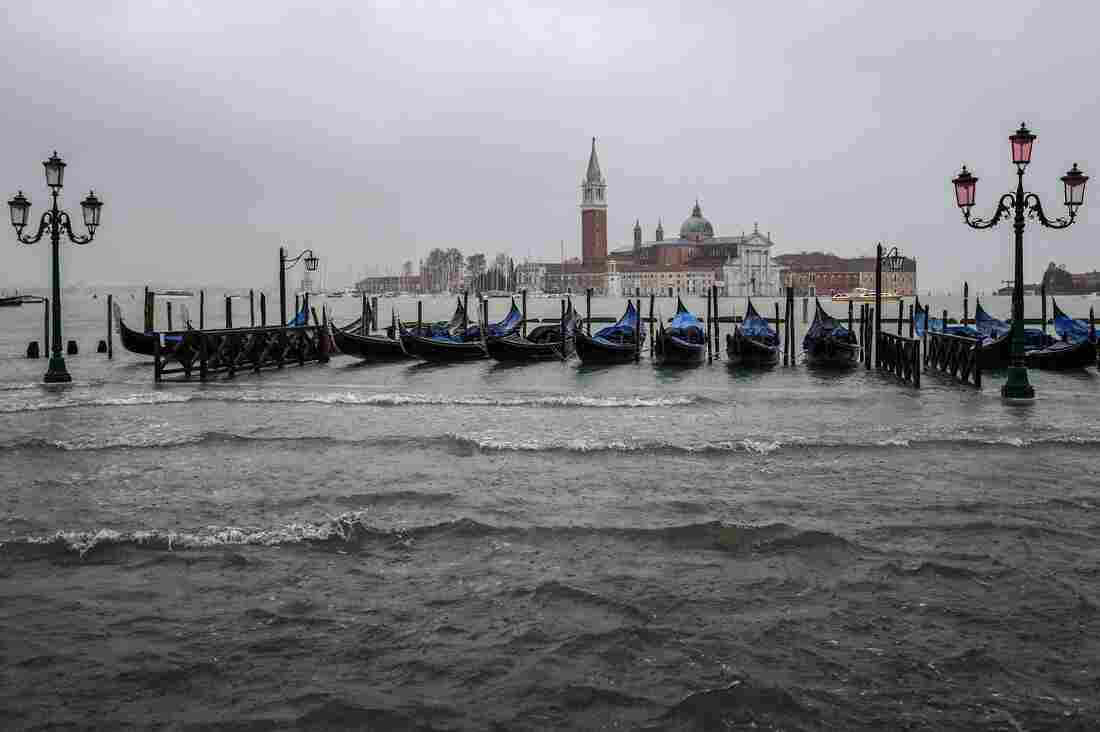 Gondolas are moored by the flooded Riva degli Schiavoni waterfront in Venice.

In the central Castello district, master artisan Paolo Brandolisio — one of only four remaining makers of oars and oar posts for the city’s legendary gondolas — is trying to put his workshop back in order. Brandolisio is trying to salvage his waterlogged oak work table.

“We’ve always managed on our own. In the last 40 or 50 years, city authorities didn’t safeguard artisans’ workshops,” says Brandolisio. “If no one’s left to make wooden boats, they’ll disappear and be replaced by plastic ones.”

“Shops for residents are vanishing because Venetians are vanishing,” he says. “So those who are left are those making money selling the cheapest possible goods.” 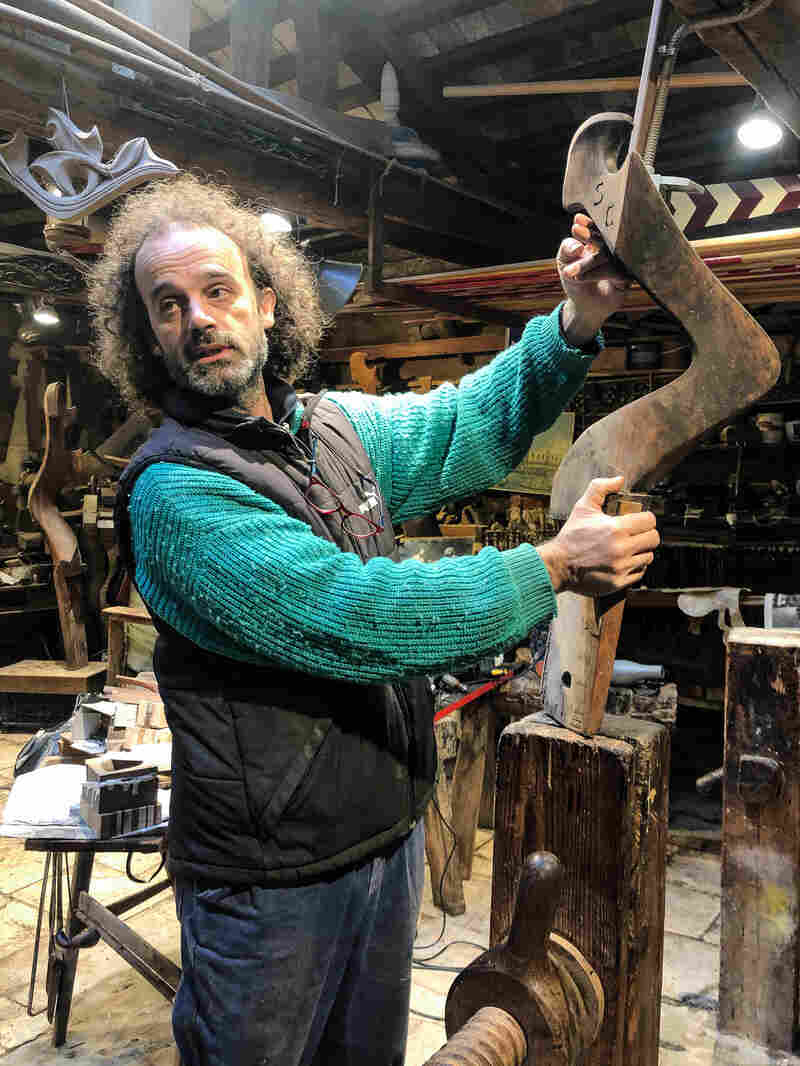 Master artisan Paolo Brandolisio, one of only four remaining makers of oars and oar posts for the city’s legendary gondolas, is trying to put his workshop back in order after the floods.

Besides the shrinking Venice that’s home to local residents, there are two other Venices. One is the city of giant cruise ships as high as skyscrapers that — along with other forms of transport — disgorge some 30 million visitors a year into a city of about 50,000. Central Venice’s population is down by about a third from a generation ago.

And there’s the Venice of international institutions — of education, heritage and creative endeavor — that make it a world capital of art and culture.

“International Venice takes the social fabric of Venice for granted. We need to change the vision of the city,” says Shaul Bassi, director of the Center for Humanities and Social Change at Ca’ Foscari University of Venice.

Across the world, he says, big cities look more and more alike, with the same architects creating more or less the same skyline. Venice, Bassi believes, represents the very idea of a city.

“It’s a city that for over a thousand years has built a wonderful equilibrium between a human component, ecological component, art, nature. And in the last century, we have basically almost destroyed that balance,” Bassi says.

In the battle against rising sea levels, Venice is on the front line. That’s why, says Bassi, it’s the ideal laboratory in which to study climate change. Next year, his university will offer a new degree in environmental humanities, in which scientists provide the data, “but we need to imagine what climate change is going to be like. And for that, you need the artist, you need the intellectual, you need the poets, you need philosophers, you need the historians.”

Bassi is urging people in all the fields of science and art to come to Venice to reflect, study, create and compose, to help make it a truly living city for the whole world.

Whether or not more people come, though, many Venetians fear there is a serious danger the prediction made by Lord Byron two centuries ago could come true:

Are level with the waters, there shall be

A cry of nations o’er thy sunken halls,

A loud lament along the sweeping sea!

WASHINGTON— Half of all adults in the U.S. have received at least one Covid-19 …