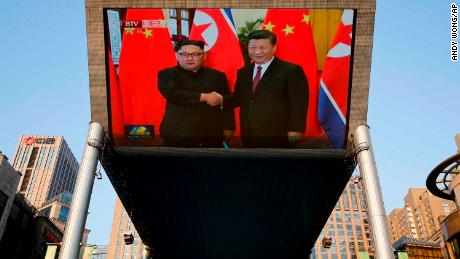 He also said North Korea had begun destroying test sites.
But only Wednesday, Mattis said he was “not aware” of any indications that North Korea had taken concrete steps to dismantle any more of its infrastructure for the launching of ballistic missiles or any additional steps to fully denuclearize following the June 12 summit in Singapore between Trump and Kim .
“Obviously, we are at the very front end of the process, the detailed negotiations have not begun,” Mattis told reporters on Wednesday. “I wouldn’t expect that at this point.”