April 23, 2021
Trending
Home News The US-China trade war isn't getting better. This week showed why it could get worse – CNN

The swarm of corporate executives, academics and politicians who descended on Beijing this week to discuss the state of the economy seemed a lot more unsure than confident about the outcome of the trade war, which now threatens to drag into 2020.
For one thing, the fabled “phase one” agreement with China that US President Donald Trump promised in October has yet to materialize, leaving businesses uncertain about what comes next. 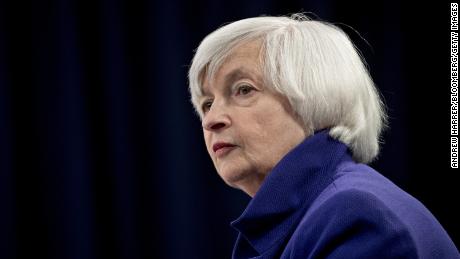 Meanwhile, the United States seems ready to take a harder line on at least one issue of huge importance to China. Hours before the New Economy Forum started on Thursday, US lawmakers passed a bill in support of pro-democracy campaigners in the semi-autonomous city of Hong Kong, where protests have gone on for months. China has lambasted the legislation, which is now headed to Trump for approval. Should it become law, Washington could eventually withdraw Hong Kong’s special trade status if it finds that Beijing isn’t maintaining the city’s unique freedoms.
A couple of senior political figures even drew parallels with one of the 20th century’s most notorious political standoffs.
The United States and China are “in the foothills of a Cold War,” former US Secretary of State Henry Kissinger said on stage in Beijing, warning that an unresolved conflict could lead to problems “even worse” than when World War I broke out just over a century ago. Chinese Vice President Wang Qishan invoked the phrase with a slightly more hopeful tone, when he called for countries to abandon the “Cold War mentality.”
Hopes for a preliminary trade deal haven’t been dashed entirely. President Xi Jinping said Friday he wanted to work out an agreement based on “mutual respect and equality,” Reuters reported. But even if such an accord is signed soon, it might not mean much.
“When I look at the substance of that phase one deal, it looks like we’re just climbing out of a hole we dug ourselves,” Anja Manuel, a partner at international consulting firm RiceHadleyGates, told CNN Business at the event. Agreements to roll back some tariffs and resume trade in some agricultural products don’t move the needle, she said — they just solve a problem “we created ourselves.”
Without any meaningful progress, corporations will likely just “hunker down” and invest less, Manuel added, keeping the brakes on the global economy.
And even if the United States and China do come to an agreement on some issues related to trade, several experts at the Beijing event cited other big problems to tackle — like how to ensure fair competition in massive technological advances, including 5G and artificial intelligence.
Hesitation and caution were particularly prominent themes in Beijing this week. Many business leaders tried to avoid giving the appearance of favoring one side in the conflict over the other.
Asked by CNN Business whether the United States should fight for the rights of people in Hong Kong, for example, American hedge fund billionaire Ray Dalio demurred, calling it a “touchy issue.”
“I don’t think that we are going to make the Chinese be doing the things that we want them to do, any more than they are going to tell us how we should do the things that we want to do,” he said.
Some attendees were ready to throw punches, however. Former Clinton-era trade negotiator Charlene Barshefsky, who helped work out China’s entry to the World Trade Organization nearly two decades ago, accused Beijing of a shift “from decades of market-opening and reform to mercantilism.”
“Today, the China model fuses the party, resurgent state planning, massive subsidies, protectionism and IP theft — all turbo-charged by scale,” she said during a debate. 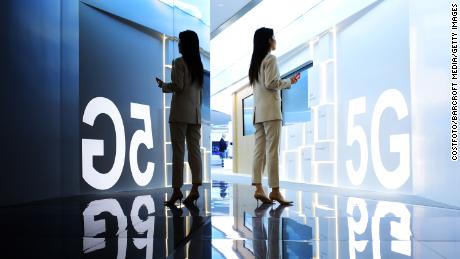 Barshefsky later told CNN Business that the relationship between the world’s top two economies will remain fraught regardless of whether a trade deal comes to fruition.
“The degree of friction will increase overtime, as the US and China increasingly compete head to head,” she said.
That’s going to make things difficult for thousands of companies that rely on doing business in China to generate billions of dollars in revenue. Foreign firms already face plenty of challenges, given China’s propensity for heavily favoring homegrown businesses.
Some Western organizations have been having an even tougher time lately navigating the complex geopolitical climate. The NBA was briefly boycotted by its Chinese business partners last month after the general manager of one of the league’s teams expressed support for Hong Kong’s protesters. Christian Dior apologized recently for using a map of China during a presentation that didn’t include Taiwan.
“This is a complicated topic because on the one hand, it is understandable that China as all countries wants to maintain and have people express a particular image and view that is favorable,” Barshefsky told CNN Business. “Certainly the United States does this. All countries around the world do this. But when it comes to the issue of retribution, this is quite unique and unusual and of concern.”