The blasts, reported to have occurred at churches in Kochchikade, Negombo and Batticaloa, targeted worshippers as they attended Easter services. Additional blasts ripped through three hotels, The Shangri La, Cinnamon Grand and Kingsbury Hotel, all in the capital, Colombo, according to state broadcaster SLRC.
Bodies of the dead have been received at Colombo National Hospital, according to hospital sources. Most of those injured were also taken there, hospital officials said.
There have been “many casualties including foreigners,” tweeted Sri Lankan MP Harsha de Silva.
De Silva said two locations of the explosions were Kochchikade church and Shangri-La Hotel in Kingsbury, Colombo.
“Horrible scenes, I saw many body parts strewn all over,” De Silva said after visiting the scene. Rescue operations are underway, the MP said, adding that emergency crews are at the scenes operating in “full force.” 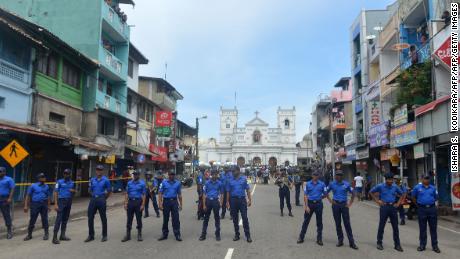 De Silva said the heads of the Sri Lankan Army, Navy and Air Force have convened for an emergency meeting with Prime Minister Ranil Wickremesinghe and multiple other ministers in the cabinet.
The Secretary of Defense and Secretary of Foreign Affairs were also present, according to de Silva’s tweet.
“All necessary emergency steps taken by Gov of Sri Lanka. Soon official statement will be issued.”
This is a developing story.

LA CROSSE, Wis. (WKBT) – About 466 million people are deaf or hard of hearing in the world…