His big gamble on a sudden and rapid Syria pullout, which broke on Wednesday, is classic Trump in execution and content after he effectively declared mission accomplished and the defeat of ISIS.
The President announced an apparently impulsive decision that shook the world, showed little sign of nuanced consideration, confounded top advisers and by the end of the day left Washington in chaos and confusion.
It was a move that appeared to clash with the central goal of his Middle East policy — containing Iran’s regional influence — since it could leave a vacuum for Tehran and other outside nations to fill.
Trump’s critics inside Washington, his own party, the military and around the world are already portraying his move as a massive strategic blunder that could open the way for an ISIS rebound.
“It’s a mistake of colossal proportions and the President fails to see how it will endanger our country,” a senior administration official told CNN’s Jake Tapper. 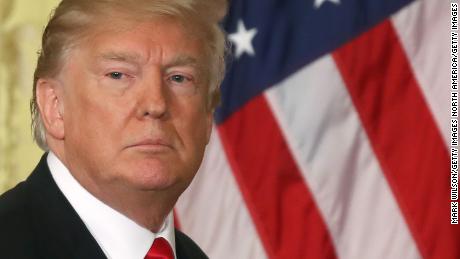 Republican Sen. Lindsey Graham, usually a Trump ally, blasted the decision on the Senate floor Wednesday night.
“This is a stain on the honor of the United States,” the South Carolina Republican said.
“I think it’s disastrous to our own national security,” he added.
There was also a strong suspicion that a President under political and legal siege was casting around for a year-end win to add to a triumph represented by the passage of a criminal justice bill, and to divert attention from a concession in a duel with Congress over funding for his border wall.
Trump released a video on Wednesday evening touting his decision to bring troops home that looked like a bid to lock in a pre-Christmas political boost.
“Our boys, our young women, our men, they’re all coming back and they’re coming back now. We won, and that’s the way we want it. And that’s the way they want it,” the President says in the video.
In a typically bizarre twist, he also appeared to suggest that Americans killed in Syria were looking down with approval at his decision.
Trump’s decision to ditch US leverage in Syria, which fulfills one of Russian President Vladimir Putin’s goals, will spark fresh speculation about Trump’s motives as his relationship with Russia comes under increasing scrutiny.
In another win for Moscow, the administration on Wednesday told Congress it was lifting sanctions on two Russian firms. But reflecting the strange duality of US policy on Russia, Washington announced sanctions against 15 members of Moscow’s GRU intelligence service and four entities over election interference, an assassination attempt in Britain and other “malign activities.”
No one has ever accused the President of being consistent. But his decision opens him to charges of hypocrisy since Trump branded former President Barack Obama the “founder” of ISIS after the group exploited the US withdrawal from Iraq in 2011 to build its self-declared caliphate in Iraq and Syria.

While the move to withdraw US special forces from a fraught geopolitical hotspot might have been unexpected, it was squarely in line with Trump’s idiosyncratic worldview. 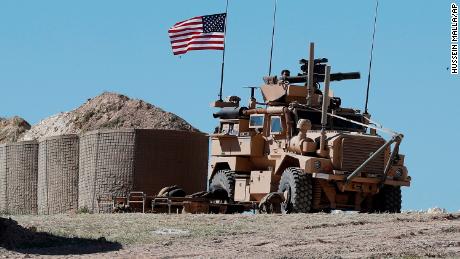 It’s no secret that he believes American troops should not be fighting what he sees as other people’s wars, and he tends to view alliances as simply a chance for America’s traditional friends to rip off the US.
And while Trump’s Pentagon and foreign policy aides have been warning that the fight to prevent an ISIS resurgence is not over, the President concocted a more simple reality that satisfies a political goal.
“We have defeated ISIS in Syria, my only reason for being there during the Trump Presidency,” Trump wrote on Twitter.
The President’s decision not to schedule a major address to the American people to explain the strategic foundation of his withdrawal added to the impression of a leader uninterested in the details of grave decisions.
Unlike many of the President’s most significant, shocking decisions, the Syria withdrawal order did not test constitutional norms and was well within the guardrails of mainstream political thought on overseas deployments.
After all, he won the 2016 election; he is the constitutionally empowered civilian commander in chief with the right to give such orders.
And the President will not be isolated on Syria.
There has been a strong feeling among some liberals and conservatives — dating to Obama’s 2008 campaign — that America’s post-9/11 wars should end and the troops should come home.
And while the Pentagon and senior US officials have advocated a long-term presence in Syria to prevent a return of ISIS, maximize US leverage in the region and contain Iran, there has been little talk of an exit plan.
Even so, Trump’s move shared characteristics with many of his previous executive power coups.
It was a bold move by a President who relishes that power rather than a bottom-up policy process typical in most administrations.
He is also untroubled that the experts in his administration were advising him to take another course.
On December 11, for instance, the US special presidential envoy for the global coalition to defeat ISIS, Brett McGurk, made an argument that contradicted Trump’s reasoning on Wednesday.
“If we’ve learned one thing over the years, enduring defeat of a group like this means you can’t just defeat their physical space and then leave; you have to make sure the internal security forces are in place to ensure that those gains, security gains, are enduring,” McGurk said.
Another characteristic result of Wednesday’s announcement was chaos.
Trump’s decision — like his executive order decreeing a travel ban on citizens of some mostly Muslim nations, for instance — left officials on his own team struggling to explain the implications.
One senior administration official made available to reporters could not say how many troops have already left Syria or when others would return to the US.
Confusion in the White House will be mirrored abroad, where US allies often struggle to understand the administration’s strategic goals.
Trump’s go-it-alone move also ranked as yet another insult for America’s friends in the West who had sent soldiers to fight and die alongside Americans.
Two diplomatic sources from countries in the Middle East told CNN’s Elise Labott that their countries had not been consulted or informed and news of the planned withdrawal came as a “total surprise.”
As is often the case with Trump’s foreign policy decisions, there was also a whiff of some kind of hidden quid pro quo.
The Syria pullout order came after a call last Friday between Trump and Turkish President Recep Tayyip Erdogan.
A US departure from the region could potentially give Turkey an advantage in its efforts to pressure Kurdish rebels in Syria and to stop them from bolstering the Kurdish militant group PKK, which it views as a terrorist organization.
In another development that could be connected, the United States on Tuesday approved the sale of a $3.5 billion Patriot missile system to Turkey.
In recent weeks, Erdogan’s disclosures about the murder of Washington Post columnist Jamal Khashoggi in the Saudi consulate in Istanbul have exposed Trump to criticism from Republican senators over his support for Saudi Arabia’s crown prince, who is accused of ordering the killing.
Washington observers will now be watching to see whether Erdogan dials down the Khashoggi issue.