In downtown Tehran, Iran, on Sunday, a policeman and pedestrians wear masks to help guard against the coronavirus.

As coronavirus prevention and control measures continue in China, new outbreaks of the respiratory disease COVID-19 in South Korea, Italy and Iran have health officials on high alert over the global spread of an illness that has infected nearly 77,000 people in China, with more than 2,400 deaths tied to the virus.

In a meeting with Communist Party leaders on Sunday, Chinese President Xi Jinping called the epidemic “severely complex,” noting that efforts to control the spread of the virus have entered a “crucial stage.”

So far in the U.S., officials have confirmed 35 cases. Half of those are among repatriated passengers from the Diamond Princess cruise ship, which was placed under quarantine in Japan.

Meanwhile, other world leaders have been scrambling to halt the transmission of the illness in their countries and to calm public fears.

Facing the highest number of coronavirus cases outside China, officials in South Korea have taken emergency steps that will allow the lockdown of affected cities and can restrict travel within the country.

On Sunday, officials said there were 602 cases in the country, including six deaths that have been connected to the virus.

Most of the cases were confirmed in the last few days.

A spike in cases triggered South Korea’s national threat level to rise to “red alert,” the first time the action was taken since the 2009 H1N1 swine flu outbreak. 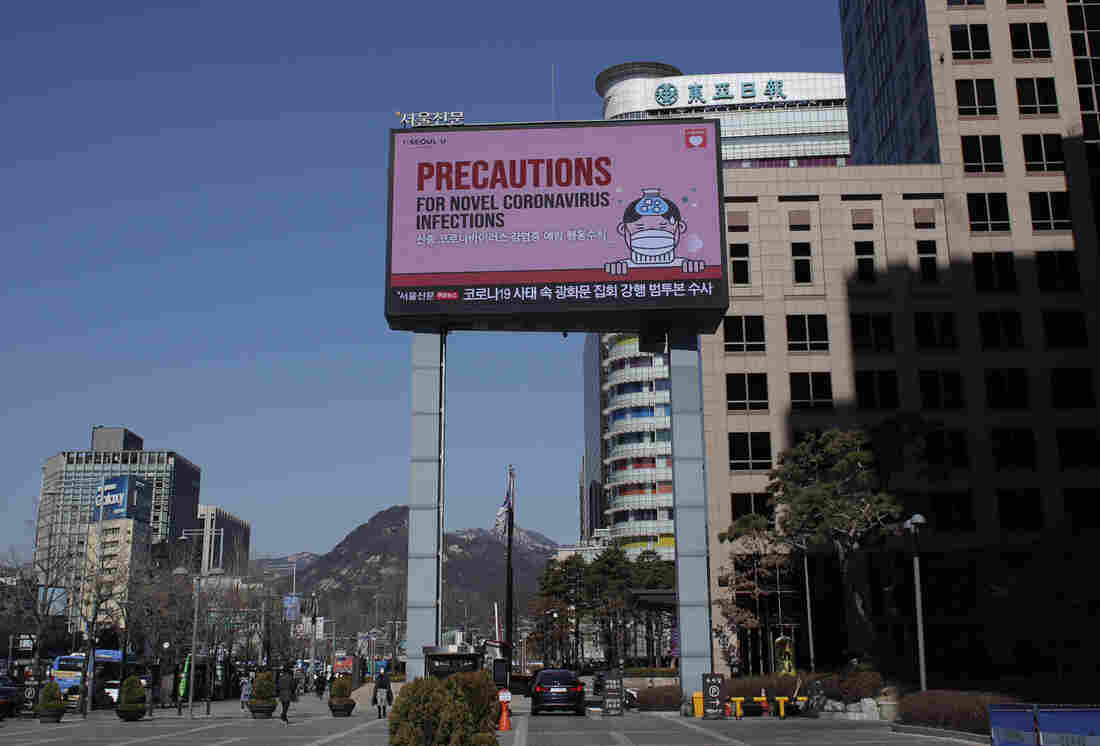 A huge screen displaying precautions against the new coronavirus is seen in downtown Seoul, South Korea, on Sunday.

The epicenter of the outbreak in South Korea is in the area surrounding Daegu, the country’s fourth-largest city.

Hundreds of those who have been infected are members of a Christian sect known as the Shincheonji Church of Jesus. The Korea Centers for Disease Control and Prevention said the largest cluster in South Korea is linked to a branch of the religious sect in Daegu.

The U.S. State Department raised its travel advisory for South Korea to “exercise increased caution,” the second of four levels, in response to the coronavirus outbreak in the country.

In Italy, officials reported a surge in cases, including two deaths, prompting officials in the country’s north to issue warnings urging residents to stay at home.

Ten towns in the Lombardy region were placed on lockdown, with schools, businesses and train stations closed and scheduled public events canceled.

People in affected towns are being asked not to leave unless they are granted special permission, as health officials scramble to contain the sudden jump in cases.

Before Friday, officials reported just three cases in Italy, but the number had climbed to 132 by Sunday, making it the worst outbreak in Europe. 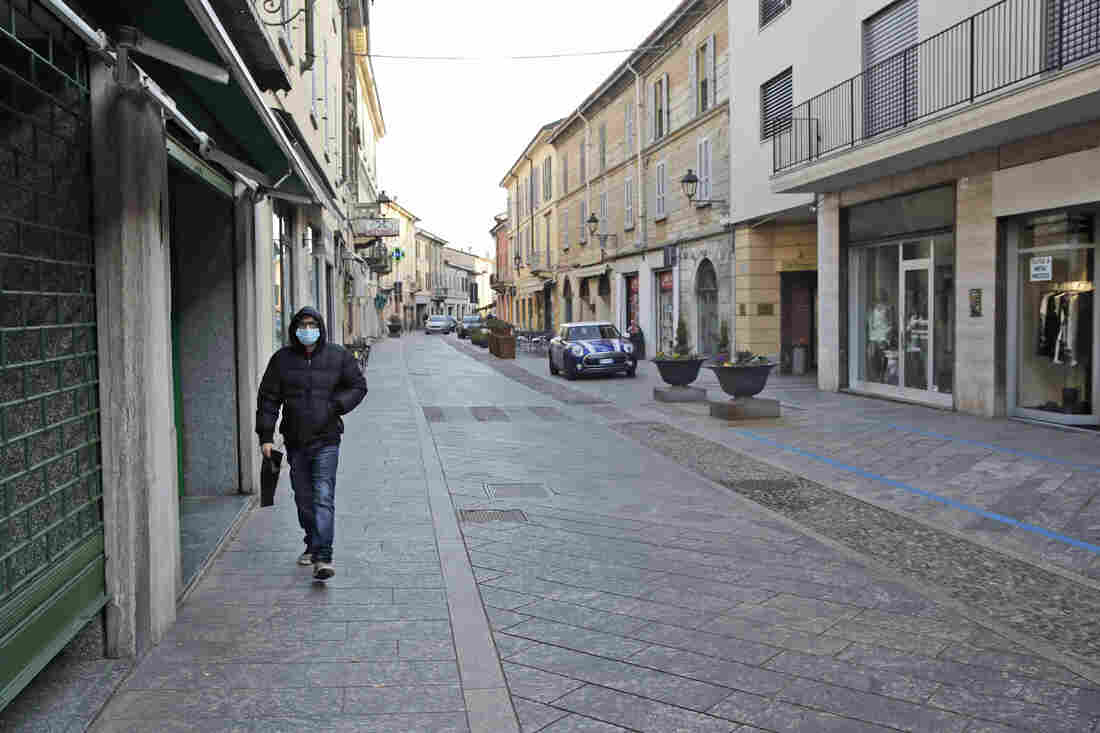 A man wearing a face mask walks along a street in Codogno, in northern Italy.

Veneto regional president Luca Zaia told reporters that because the virus is transmitted much like the common flu, attempting to isolate a single source with a connection to China is no longer an effective method of containment.

“You can get it from anyone,” Zaia said. “We can expect to have cases of patients who had no contact [with possible carriers].”

Zaia said the vast majority of coronavirus cases are mild and not life-threatening, but the elderly and those with a preexisting medical condition remain the most vulnerable.

In the financial capital of Milan, based in the Lombardy region, fashion designer Armani announced it would show its latest collection by livestream to an empty theater for the city’s final day of fashion week, Sunday, as a way of supporting the “national efforts in safeguarding public health.”

The Milan opera house La Scala announced that it was canceling performances due to the spread of the virus.

Health officials in Iran said on Sunday that eight people have now died from the coronavirus, with the number of confirmed cases now at 43.

Most of the cases, according to Iran’s health ministry, have been based in Qom, a city south of Tehran, the country’s capital, which has also seen reported cases.

Speaking on state television, Health Minister Saeed Namaki asked residents not to panic over the recent uptick in cases.

Officials closed schools and cultural and religious centers across 14 provinces beginning on Sunday. Many public events in affected areas were also halted in response to the outbreak. Soccer games will be held in empty stadiums because authorities have barred fans from attending matches.

Government agencies handed out masks and hand sanitizer across the country. On Friday, Iran held national parliamentary elections amid heightened concern over the illness.

On Sunday, Turkey and Pakistan announced the countries were temporarily closing their borders with Iran as a response to the coronavirus.