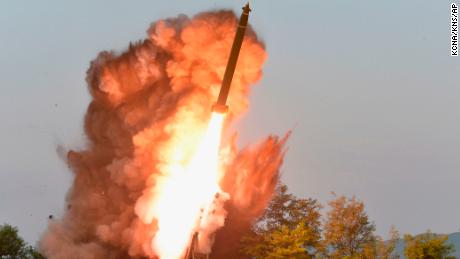 The launches happened just hours after a top North Korean diplomat working on nuclear negotiations with the United States said Pyongyang would be open to resuming talks with Washington.
After more than a year of refraining from missile tests, Kim’s regime has conducted 10 launches since May, including the one on Tuesday. Most of those are believed to be short-range missiles, and experts say they have shown impressive technological advancements.

CNN’s Jake Kwon and Joshua Berlinger contributed to this report.