Iran warned Thursday that an “all-out war” could break out if any country attacks it following weekend bombings of Saudi Arabia’s oil facilities that the U.S. believes Tehran orchestrated.

Foreign Minister Mohammad Javad Zarif’s stark message to CNN comes a day after U.S. Secretary of State Mike Pompeo tweeted that the “Iranian regime’s threatening behavior will not be tolerated.”

“I am making a very serious statement that we don’t want to engage in a military confrontation,” Zarif said in an interview with the channel. “But we won’t blink to defend our territory.”

SAUDI OIL ATTACKS ARE AN ‘ACT OF WAR’ BY IRAN, POMPEO SAYS

Remains of what was described as a misfired Iranian cruise missile used in an attack this weekend that targeted the heart of Saudi Arabia’s oil industry, is displayed during a press conference by Saudi military spokesman Col. Turki al-Malki, in Riyadh, Saudi Arabia, on Wednesday. (AP)

When asked what would be the consequence of a U.S. or Saudi strike, Zarif said: “All-out war.”

It would cause “a lot of casualties,” he added.

Pompeo, who arrived in the United Arab Emirates on Thursday, has not yet responded to Zarif’s warning.

“The U.S. stands with #SaudiArabia and supports its right to defend itself,” Pompeo tweeted Wednesday. 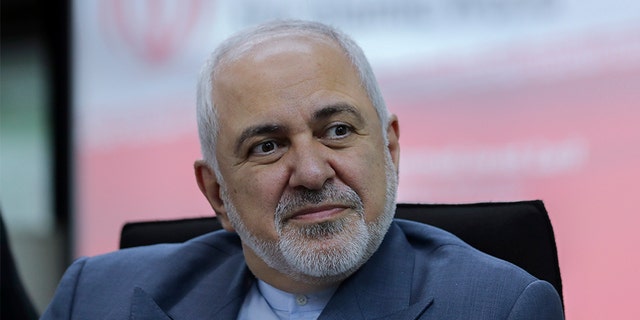 TRUMP, IN WAKE OF SAUDI OIL ATTACK, SAYS ‘I DON’T WANT WAR WITH ANYBODY’

Pompeo, speaking from Jeddah, Saudi Arabia, on Wednesday, added that even if the “fraudulent claims” of responsibility by the Yemen Houthi rebels were true, “it doesn’t change the fingerprints of the [Iran Supreme Leader Ayatollah Ali Khamenei] as having put at risk the global energy supply.”

Pompeo’s remarks in Saudi Arabia also came hours after President Trump tweeted that he had ordered Treasury Secretary Steven Mnuchin to “substantially increase sanctions” on Iran, amid escalating tensions between the two countries.

Earlier this week, Trump said it was “looking like” Iran was responsible for the bombing but did not publicly accuse Tehran of the attack.

“Well, it’s looking that way,” the president told reporters at the White House on Monday when asked if Iran was responsible. “We’ll let you know definitively.” He added: “That’s being checked out right now.” 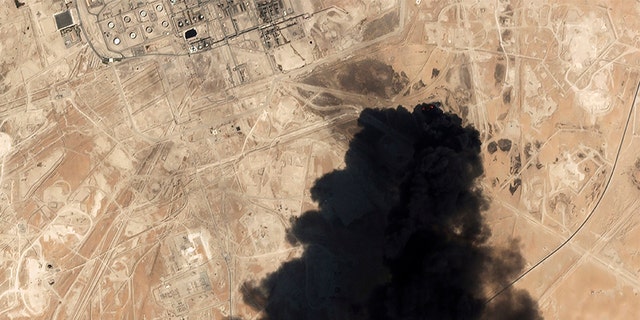 At a press conference Wednesday, the Saudis displayed broken and burned drones and pieces of a cruise missile that military spokesman Col. Turki Al-Malki identified as Iranian weapons collected after the attack. He also played surveillance video that he said showed a drone coming in from the north. Yemen is to the south of Saudi Arabia.

Eighteen drones and seven cruise missiles were launched in the assault, Al-Malki said, with three missiles failing to make their targets. He said the cruise missiles had a range of 435 miles, meaning they could not have been fired from inside Yemen. That opinion was shared by weapons experts who spoke to The Associated Press.

“This is the kind of weapon the Iranian regime and the Iranian IRGC are using against the civilian object and facilities infrastructure,” Al-Malki said, referring to Iran’s Revolutionary Guards.

He added: “This attack did not originate from Yemen, despite Iran’s best effort to make it appear so.”

Fox News’ Barnini Chakraborty and the Associated Press contributed to this report.

Letter: The health industry has a grip on our democracy – The Republic

Since the start of lockdown, we’ve been taking our DIY beauty endeavours to new …