Emergency personnel work at the scene of a fatal crash outside of Tisdale, Saskatchewan, on Saturday.
Photo:

A passenger bus carrying a Canadian hockey team collided with a truck in northern Saskatchewan on Friday night, killing 15 people and injuring a number of others, police said Saturday.

The bus was transporting junior hockey players from Humboldt, a small farming and potash mining community east of Saskatoon, to a playoff game in nearby Nipawin.

an assistant commissioner with the Royal Canadian Mounted Police said “it is too early” to comment on the cause of the collision. The truck was heading west, and the bus was moving north when the incident occurred about 30 miles north of Humboldt.

The driver of the truck wasn’t injured and was released after initial questioning, he said. The police haven’t released names of the deceased or injured. 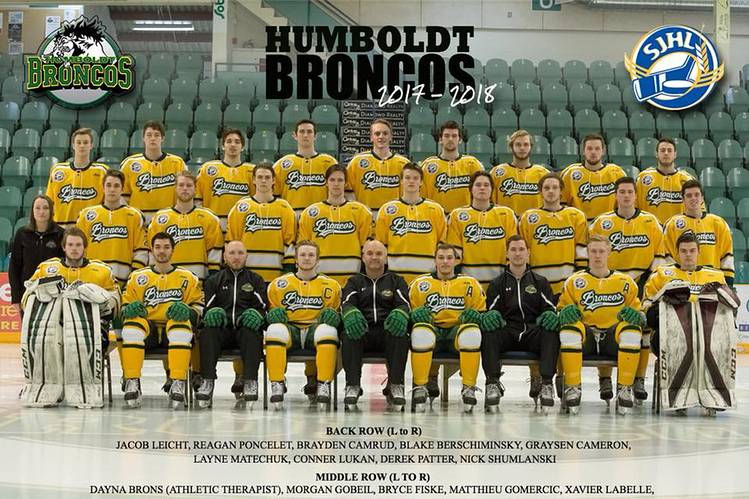 Police on Saturday afternoon confirmed that one of the 15 people reported injured in the crash had died, raising the number killed to 15.

the head coach of the Humboldt Broncos, was identified as one of the deceased on Facebook and Twitter posts by two of his sisters. Mr. Haugan’s wife,

posted a photo with her and her husband framed in black. Also posted was a picture of him with their two young sons. Dozens of friends posted condolences.

More than 250 residents attended a news conference in Humboldt on Saturday. Junior hockey officials and Humboldt Broncos staff members struggled at times to keep their composure as they answered questions.

“I don’t have a lot to say, other than the worst nightmare has happened,” said Bill Chow, president of Saskatchewan’s junior hockey league.

said: “An entire country is in shock and mourning…No one should ever have to see their child leave to play the sport they love and never come back.”

wrote that he called Mr. Trudeau to send condolences to the “families of the terrible Humboldt Team tragedy.”

The bus was carrying 29 people, including the driver, a local reporter and players from the Broncos, said

“We are in a state of shock,” Mr. Muench said. “It was a rough night and we’re just waking up to the reality of what has happened to our community.”

Three of the injured were in critical condition Saturday, Mr. Muench said.

The Humboldt Broncos have been a source of enormous local pride after winning a number of provincial and national titles since the team was formed in the 1970s, Mr. Muench said.

“We have one of the best records and we are one of the smallest communities in the league,” he said. The town’s hockey arena has a capacity for 1,772, nearly a third of the town’s population of 5,800.

The majority of the team’s players were recruited from a variety of Western Canadian towns​and attend high school in Humboldt, Mr. Muench said.

As residents learned of the accident Friday, more than 100 people, most of them high-school students, gathered with counselors and local ministers in a conference room next to the local arena.

“It was a night of grief and disbelief,” Mr. Muench said.

Junior hockey teams in Canada typically travel by bus to competitions. Four junior hockey players from the Saskatchewan town of Swift Current, about 240 miles south of Humboldt, were killed after a bus crash in 1986.

“Sending all my thoughts and prayers to those impacted,”

a survivor of the 1986 crash and former National Hockey League player, wrote on Twitter on Friday night.

Write to Jacquie McNish at Jacquie.McNish@wsj.com

China accused the U.S. of meddling in relations between China and Southeast Asian countrie…

China accused the U.S. of meddling in relations between China and Southeast Asian countries …