A pair of massive bushfires in southeastern Australia has merged into a “megafire” engulfing some 2,300 square miles — a single blaze more than three times as large as any known fire in California.

The merged fire, which straddles the country’s most populous states of New South Wales and Victoria, measures nearly 1.5 million acres, according to The Sydney Morning Herald. It is just one of some 135 bushfires in Australia’s southeast that have claimed the lives of at least 26 people, killed more than a billion animals and damaged or destroyed nearly 3,000 homes.

Since September, the unprecedented bushfires have swept through an area larger than Massachusetts and New Hampshire combined.

NASA has released an animation showing how smoke from the fires has reached the lower stratosphere and traveled as far away as Chile.

Meanwhile, more than 30,000 people attended a protest in Sydney to denounce the government’s handling of the crisis and to call for action on climate change.

The protesters directed their ire at Prime Minister Scott Morrison, whose coalition government’s policies have rejected a link between Australia’s unprecedented drought and fires crisis and climate change.

However, the prime minister said this week that his government would launch an inquiry to examine whether there was any connection between the fires and climate change. Asked whether he expected the current fire crisis to become commonplace in Australia because of climate change, he replied: “The links and implications here have been acknowledged.”

Morrison, who has also found himself on the defensive for taking a Hawaiian vacation with his family while the fires raged, also said Friday he had ordered the military to be on standby to help firefighters.

“I’ve given them very clear instructions that they are to stand ready to move and support immediately,” he said. “In the event that they are needed in the wake of what we hope we will not see today, but we must prepare for today.”

Authorities in Australia on Friday urged a quarter of a million people in Victoria to leave their homes amid erratic winds and soaring temperatures, even as there was welcome rain in some parts affected by the fires.

A few rain drops starting to fall but the wind is strong pic.twitter.com/6t3q6yJVLD

Helicopters dropped supplies to towns at risk of being cut off and C-130 tankers unleashed torrents of fire retardant.

Fire crews were preparing for what they believe will be a difficult night as the wind shifts and ramps up to 50 miles per hour. In parts of the fire-affected countryside, temperatures pegged out at 104 degrees Fahrenheit on Friday.

Firefighter Andrew Beville, who was battling the Morton fire on the outskirts of the town of Penrose, near Wingello, told the Australian Broadcasting Corp. that he wasn’t sure what would happen when the blaze reached the town.

“We just want to survive the night,” he said.

Towns south of Sydney, including Eden, Batemans Bay and Norwa were warned by New South Wales Rural Fire Service to be prepared for another onslaught, The Associated Press reports. A yacht sails past a burning woodchip mill as bushfires hit the town of Eden, New South Wales, Australia, on Friday.

In neighboring Victoria, premier Daniel Andrews told reporters he was thankful that there were at present no one unaccounted for and no communities cut off in his state.

“Now, all of those things can change and that is perhaps the most powerful reminder that we have to remain vigilant,” he said. “Please, listen to the warnings and do as you are asked. If you are told to leave a community, and you can leave, then you should leave.” 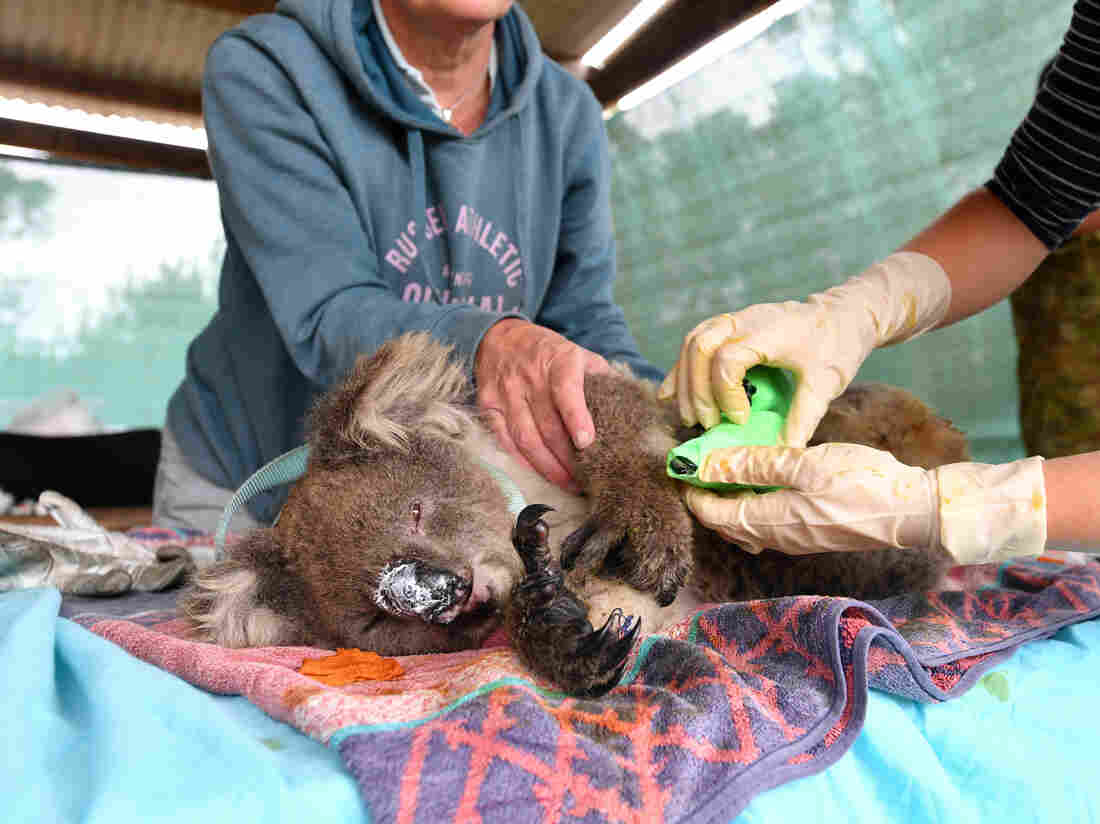 The conservation group WWF-Australia estimates that 1.25 billion animals have been killed in the fires and says it fears that some species, such as the glossy black-cockatoo and the knee-high kangaroo, face extinction.

Meanwhile, the government says the loss of livestock from the fires will exceed 100,000 animals.

BAGHDAD (AP) — In Iraq’s holiest city, a pontiff will meet a revered ayatollah and make hi…

BAGHDAD (AP) — In Iraq’s holiest city, a pontiff will meet a revered ayatollah …