British Prime Minister Boris Johnson threatened to put the brakes on his European Union divorce bill and call for a snap general election before Christmas if lawmakers continue to stonewall his push to pass the legislation in three days.

Speaking at the House of Commons on Tuesday, Johnson accused lawmakers of being “caught in a deadlock of its own making” and warned that a vote against his timetable would delay Brexit for 3 months if the EU decided to grant an extension past the Oct. 31 deadline. He said it was something he would not allow.

“I will in no way allow more of this,” he said. “If Parliament refuses to allow Brexit to happen and instead gets its way and decides to delay everything until January or possibly longer, in no circumstances can the government continue with this.”

He added: “And with great regret, I must say the bill will have to be pulled and we will have to go forward to a general election.”

The latest developments come just days after Johnson negotiated and agreed on his new plan with European leaders last week – despite repeatedly saying the United Kingdom would leave by the end of October, with or without a deal.

His government seeks to rush the legislation through the House of Commons in three days, but Johnson faces two crucial votes on Tuesday that could prevent him from delivering on his pledge. 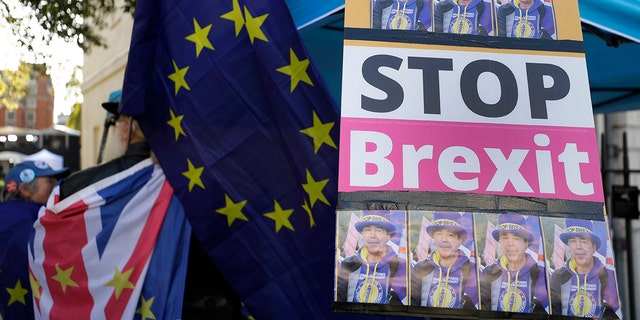 Firstly, the bill will be voted on by lawmakers at its second reading. The second – and probably most crucial vote – is on the program motion, the timetable for passing the bill.

Johnson said backing the bill would allow lawmakers to “turn the page and allow this Parliament and this country to begin to heal and unite.”

“If we pass this bill tonight we will have the opportunity to address the priorities not just of our relations with the EU, but the people’s priorities at home,” he said. “If we do this deal, if we pass this deal and the legislation that enables it, we can turn the page and allow this country and this parliament to begin to heal and unite.”

Lawmakers may reject the three-day timetable because of concerns it doesn’t provide enough time for scrutiny of the 115-page document, which sets out the terms of Britain’s departure from the 28-nation bloc.

The bill turns the deal Johnson struck with the EU into law. It sets out the terms of Britain’s departure, including measures to maintain an open border between the U.K.’s Northern Ireland and EU member Ireland. It also enshrines the right of U.K. and EU citizens living in the other’s territory to continue with their lives, and sets out the multi-billion pound (dollar) payments Britain must make to meet its financial obligations to the EU.

It also confirms a transition period lasting until at least the end of 2020 — and possibly 2022 — in which relations will remain frozen as they are now while a permanent new relationship is worked out. 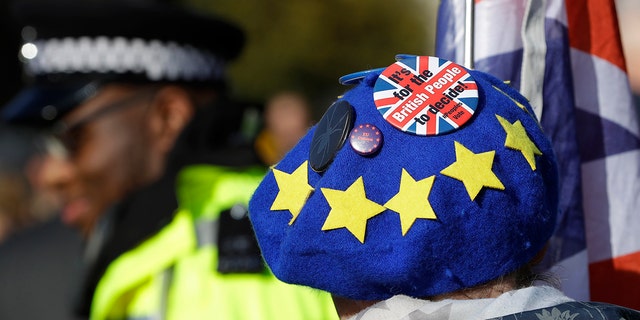 Opposition lawmakers called Johnson’s threat to pull the bill “childish blackmail,” with the Brexit spokesman for Liberty Democrats saying that members of parliament “shouldn’t be bullied into voting in favor of this ridiculously short timetable,” according to the BBC.

Labour Leader Jeremy Corbyn said his party would not be supporting the bill at its second reading.

“They always say, Mr. Speaker, the devil is in the detail. And, having seen the detail, it confirms everything we thought about this rotten deal,” he said.

Johnson’s Conservatives hold just 288 of the 650 House of Commons seats, so he will need support from opposition and independent lawmakers to pass the bill — if, that is, Parliament approves the timetable on Tuesday.

European Council President Donald Tusk said Tuesday that EU leaders “will decide in coming days” whether to grant Britain another extension to the deadline for leaving the bloc, but said their decision depends on developments in London.

Natural health products are used by many people, but almost half of naturopathic patients …