Wuerl is the most prominent American Catholic to step down since the abuse scandal reignited this summer.
But Francis has asked Wuerl to remain as the archdiocese’s apostolic administrator — akin to an interim manager — until a successor is named. And in a letter released Friday, the pope praised Wuerl for his “nobility” in handling the criticism against him. 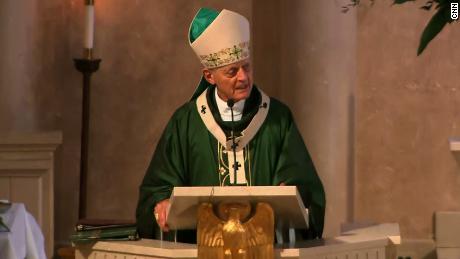 The Pope wrote that Wuerl has “sufficient elements to ‘justify'” his actions “and distinguish between what it means to cover up crimes or not to deal with problems, and to commit some mistakes.”
“However, your nobility has led you not to choose this way of defense. Of this, I am proud and thank you,” the pope wrote.
Significantly, while Wuerl is resigning as archbishop of Washington, he will remain a cardinal. He is still part of the powerful College of Cardinals and is one of only 10 American cardinals who could choose the next Pope.
The Pope’s praise of Wuerl also comes just days after the Vatican announced that they are investigating his predecessor, Archbishop Theodore McCarrick. Wuerl has been accused by a former papal diplomat of knowing about allegations that McCarrick had sexually abused seminarians. Wuerl has denied the accusations.
“Although Cardinal Wuerl as of today is no longer the archbishop of Washington, he certainly doesn’t seem to be out of favor with the boss,” CNN senior Vatican analyst John Allen said, referring to the tone of the Pope’s letter about Wuerl’s resignation.
Wuerl, who turns 78 in November, technically tendered his resignation upon reaching age 75, as all Catholic bishops and cardinals do. But cardinals are often allowed to serve until they are 80.
Wuerl said Friday that he was deeply touched by the pope’s “gracious words of understanding” in Friday’s letter, and he asked for forgiveness for “past errors.”
“The Holy Father’s decision to provide new leadership to the Archdiocese can allow all of the faithful, clergy, religious and lay, to focus on healing and the future,” Wuerl said in a statement released by the archdiocese. “It permits this local Church to move forward.
“Once again for any past errors in judgment I apologize and ask for pardon. My resignation is one way to express my great and abiding love for you the people of the Church of Washington.”
But abuse survivors, many of whom had called for Wuerl’s resignation, blasted the Pope on Friday for praising Wuerl’s “heart of a shepherd.”
“Wuerl took the most vulnerable — children — and put them in harm’s way. How could the Pope possibly call him a good shepherd? It sends the message to abuse victims that the Pope doesn’t really care about them. He only cares about ‘his people,'” said Becky Ianni, a Washington-area leader of the Survivors Network of those Abused by Priests.
But other Catholics called Wuerl’s resignation a sign that the Pope, who has been accused of moving too slowly to combat clergy abuse, is finally taking concrete actions.
John Carr, director of the Initiative on Catholic Social Thought and Public Life at Georgetown University, said the Pope’s letter about Wuerl sends mixed messages, in part because the cardinal’s record on abuse was itself mixed.
“Wuerl was better than most (bishops), but not good enough, and that is part of the message today. Things are changing. Bishops are going to pay a price, even influential and effective bishops, even a bishop who did better than most.”
Even with the papal praise, Wuerl’s resignation caps a remarkable fall from grace for one of the world’s most powerful Catholic leaders. 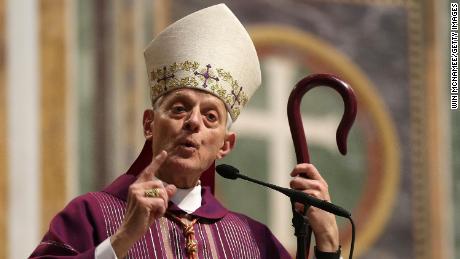 The Pittsburgh native spent more than 50 years climbing the ranks of the Catholic Church, building a reputation as a loyal churchman and scrupulous teacher. Known as a key ally of Pope Francis, Wuerl sits on the Vatican committee that vets and appoints bishops around the world.
But after a damning 900-page report by a grand jury in Pennsylvania and a letter from a former top Vatican official accusing Wuerl of covering up for his disgraced predecessor, the cardinal faced increasing pressure to step down from his perch atop the church’s hierarchy.
The Archdiocese of Washington vigorously defended Wuerl, sending detailed explanations of his actions to area clergy and pushing back against accusations that he failed to deal adequately with pedophile priests while he was the bishop of Pittsburgh.
Wuerl also faced accusations from a former papal diplomat that he knew about accusations that his predecessor in Washington, former Cardinal Theodore McCarrick, had sexually abused seminarians.
In a letter published in August, Archbishop Carlo Maria Vigano, the Vatican’s former US ambassador, said Wuerl was “well aware of the continuous abuses committed by Cardinal McCarrick and the sanctions imposed on him by Pope Benedict.”
The Archdiocese of Washington denied Vigano’s allegations, saying, “Cardinal Wuerl has categorically denied that any of this information was communicated to him. Archbishop Viganò at no time provided Cardinal Wuerl any information about an alleged document from Pope Benedict XVI with directives of any sort from Rome regarding Archbishop McCarrick.”

CNN’s Hada Messia and Jason Hanna contributed to this report.