July 05, 2020
Trending
Home News 14th suspect arrested in connection with Morocco tourist beheadings – CNN
Moroccan authorities took the suspect into custody in the southwestern city of Marrakech. The news agency described him as a “Swiss man who holds Spanish nationality with residence in Morocco.”
On December 17, 24-year-old Louisa Jespersen of Denmark and 28-year-old Maren Ueland of Norway were found beheaded in the town of Imlil, in Morocco’s Atlas Mountains. 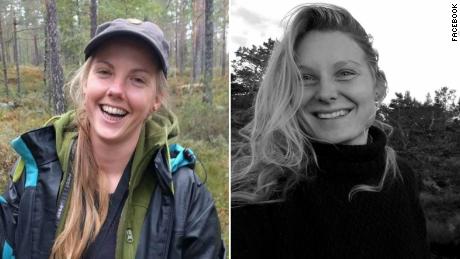 Authorities have already arrested 13 suspects connected to the killings, state-controlled news agency 2M reported. Four were suspected on killing the women, and appeared to pledge allegiance to ISIS in a video. The additional nine were arrested in several cities for their alleged connections to the murder suspects.
Morocco’s Central Bureau of Judiciary Investigations (BCIJ) did not identify the latest suspect, but said he espouses extremist and violent ideology, MAP reported.
The BCIJ said the Swiss-Spanish suspect is alleged to have taught communications skills and archery to some of the other arrested suspects, and that he helped recruit Moroccans and Sub-Saharan nationals for terrorist schemes in Morocco.
MAP cited the BCIJ statement that the man is in custody as part of investigations underway into all criminal and terrorist acts he was planning.
The Danish Security and Intelligence Service confirmed to CNN that it is analyzing a video uploaded on social media said to portray the killings, but that it has not yet verified the video’s authenticity.