Financial services companies in Britain have announced plans to move £1 trillion ($1.3 trillion) into the European Union, according to consultancy EY. That’s up from an earlier estimate of £800 billion ($1.1 trillion).
Many banks have set up new offices in Germany, France, Ireland and other EU countries to safeguard their regional business after Brexit. That means they also have to move substantial assets there to satisfy EU regulators.
Other companies are moving assets to protect their clients against the wild market swings and sudden changes in regulation that could accompany the rupture between Britain and its biggest trading partner. 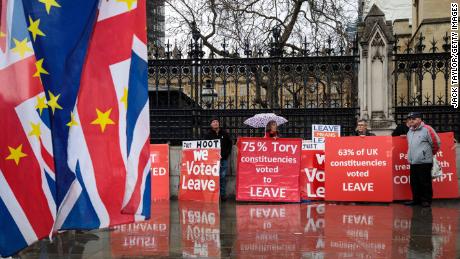 The financial services industry accounts for roughly 12% of the UK economy, and employs 2.2 million people.
EY has tracked 222 of the biggest financial services companies in the United Kingdom since the Brexit referendum in June 2016. It said there has been a “steady increase” in the number of companies announcing that they are moving employees, operations and assets in preparation for Brexit.

The number of jobs that will be relocated out of the United Kingdom in the near future stands at 7,000, according to EY. It estimates that will cost Britain at least £600 million ($794 million) in lost taxes.
EY said its estimate of assets moving to Europe was “conservative.” But it roughly matches the expectations of the European Central Bank.
Andrea Enria, head of banking regulation at the ECB, told the Financial Times last week that the central bank expects about €1.2 trillion ($1.4 billion) of assets to be moved from Britain to the 19 EU countries that use the euro currency.
The ultimate scale of the exodus is likely to depend on the terms of the divorce and when it occurs.
Britain is due to leave the European Union in just nine days, but Prime Minister Theresa May has failed to win support in the UK parliament for the divorce deal she struck with the rest of the European Union. 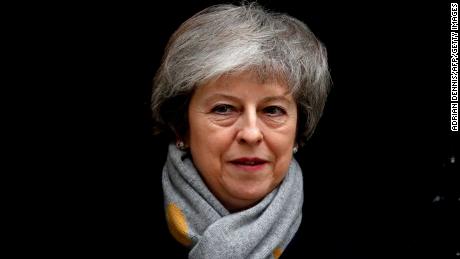 May is now asking the European Union to delay Brexit until June 30. If that doesn’t happen, the chances of the country crashing out of the bloc without a transitional deal on March 29 increase.
The Bank of England has said the fallout from that scenario would be worse than the 2008 financial crisis. For financial institutions, a disorderly Brexit would be a nightmare, and they’re taking steps to limit the damage.
“As the day draws nearer, we need to recognize that there are risks that are out of the sector’s control,” said Omar Ali, head of UK financial services at EY.
“No financial services businesses can know for sure how a disorderly Brexit will impact them, their clients, people and supply chains or, more broadly, the UK economy.”

CDC and WHO offer conflicting advice on masks. An expert tells us why. – MSN Money

China-India border: Why tensions are rising between the neighbours – BBC News Let us …

Jane Rosen began yelling sometime in April. By May, it had become routine. The …