Two Brooks, a new UK-based alcoholic sparkling water brand founded by two millennials, wants to be considered a “lifestyle drink” and not a diet option.

Francesca and Fabio Bruni, the founders of Two Brooks

The new brand, launched by siblings Fabio (28) and Francesca (25) Bruni, wants to become a “household name” in the UK.

Speaking to the drinks business, Fabio Bruni said launching during the coronavirus pandemic had not been part of the plan, but he was proud of how quickly everything had been adapted.

“When I wrote the business plan back in August, the goal was to have the word ‘alcoholic sparkling water’ synonymous with Two Brooks, just as you would with coke with Coca Cola,” he said. “We wanted to be a household name, be in supermarkets, and make the product widely available.”

“Unfortunately, the world had different plans for 2020, and everyone is in turmoil. We’ve had to think on our feet, adapt and be flexible literally within a few weeks if not days.”

The start-up is now concentrating on e-commerce and social media to promote its range of three drinks: passion fruit-flavoured Passion Star, Mango Hi-Ball and Lime Cooler.

Produced at a facility in Leicester, Two Brooks uses 100% British ingredients, with its base alcohol made from apples.

The Brunis left roles in merger and acquisition and political risk insurance to found the company, which has taken just nine months to get up and running.

The pair were inspired to launch the venture while observing the success of the hard seltzer movement in the US during their travels.

However, Francesca Bruni said it was important to adapt the product to the UK market, which she cited as a key reason behind the use of the phrase ‘alcoholic sparkling water’ rather than ‘hard seltzer’ on the cans.

“We spent a lot of time adapting the product to the UK consumer, we didn’t just want to bring an American concept and leave it here and hope for the best,” she said.

“In America, ‘seltzer’ is very much part of everyday life, everyone knows what it is and they order it. But from our research, we found that when you ask a UK consumer what they think a seltzer is, it’s Alka Seltzer, which is used for hangovers, and is the worst association that you can have for an alcohol brand!” 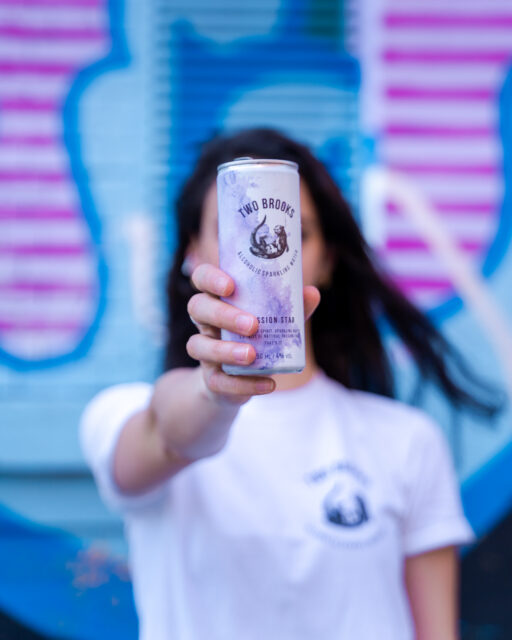 She said they’d also considered the size of the can, opting not for 335ml (the common size in the US) but for 250ml.

“It fits nicely on the shelves, in the fridge, and in the hand. It’s portable and doesn’t get too hot by the time you drink it,” she said.

The Brunis believe their marketing campaign should be focused not on associations with health, but on promoting hard seltzer as a lifestyle drink of choice.

Fabio commented: “Hard seltzer is being proposed by other competitors as a healthy way to drink, which is true. But we view that as a byproduct, our focus is for alcoholic sparkling water to become a lifestyle and a drink choice.”

Francesca added: “We really don’t want to be considered a diet version of a drink as we’ve made no compromise in the development of our product.

“You’re not giving up beer or gin for hard seltzer, you’re just adding an extra option.”

She said she believed that “UK consumers are very ready for some new and exciting RTD beverages”.

Once permitted, she hopes to target the culture, festival, art and music scene, which she hopes will be receptive to the product.

While the pair believe their product is a “drink for all ages”, being both in their twenties, they feel they are ideally placed to communicate with a key target market.

Fabio said: “We hear our audience better because it’s a very millennial product, and our company is being spearheaded by millennials, so we feel that we have the best connection between the product and the target audience.”

What’s next for hard seltzer

The pair are hoping to collect data as to how their products are consumed, which will ultimately inform their marketing.

Francesca said that early indications have revealed different age groups use the product differently, with the 25-35 age bracket drinking straight from the can in parks with their friends, while the generation above prefers to use the drink as a mixer alternative in cocktails.

Asked about the future of the category in the UK, and the influence of new and established players coming onto the market, Fabio said “the sky’s the limit”.

“We think that both homegrown and international companies will continue to pour in. In terms of products, you’ll start to see lots more varied offerings with different alcohol bases, more flavour profiles, stronger hard seltzers, where people jack up the ABVs, and softer versions,” he said.

“We’re well-poised. While the big guys have a larger marketing budget, once people are more familiar with hard seltzer, they will go on their own little hunt to find the best version of it. We hope that’s where we’ll come in.”

Hard seltzers have become the fastest-growing alcoholic drinks category in the US and are predicted to be worth some US$2.5 billion by next year. Along with brands including Barefoot, White Claw and the recently launched Chase gin seltzers, Two Brooks is hoping to replicate the category’s success across the pond.

Two Brooks alcoholic sparkling waters, which each have an ABV of 4% and retail for £2.50 per can, are available to purchase from the Two Brooks website.

10 OF THE BIGGEST HARD SELTZER BRANDS

GLENCOE, Minn. (FOX 9) – The Minnesota Department of Health is monitoring a recent C…

GLENCOE, Minn. (FOX 9) – The Minnesota Department of Health is monitoring a recent …

KOZHIKODE, India (Reuters) – The death toll from an Indian passenger aircraft accident has …