Customers wait in line at a pharmacy in a Walmart Inc. location in Rogers, Ark. A deal between the retailer and insurer Humana Inc. could add to the strains within the health-care sector.
Photo:

are deepening anxiety in the hospital sector, which already has been grappling with sluggish growth and competition from cheaper health-care options.

Hospitals have been eyeing Walmart nervously for years as it advances into health care, seeking to leverage its enormous purchasing heft, physical reach and focus on price. The Bentonville, Ark., retailer already operates pharmacies and primary-care clinics and plans to begin offering lab-testing services. It has also recently increased its direct negotiations with hospitals for competitive prices on some procedures for its employees.

Now, a deal for Louisville, Ky.-based insurer Humana could accelerate Walmart’s transformation into a direct competitive threat and a force in tamping down spending on hospital services, according to industry executives and consultants.

A deal isn’t guaranteed. But a merger could add to the wave of consolidation in U.S. health care, pairing insurers with other sectors of the industry that offer cheaper care through clinics and pharmacies.

Express Scripts Holding Co.for $54 billion, in a combination that would marry a health insurer and the largest U.S. pharmacy-benefit manager.

“These vertical deals are super exciting, mostly for the potential to keep people out of the hospital,” said

With a potential Walmart-Humana deal, “there is scope for this new entity to, in a sense, offer a product that has less bells and whistles and is more efficient and lower cost,” he said.

Outside its pharmacies—which operate across 4,700 U.S. Walmart stores—the retailer’s health-service offerings are currently limited. Walmart operates 19 clinics in Georgia, South Carolina and Texas and other providers operate about 50 additional clinics. But Walmart’s expansive retail footprint would make it a formidable competitor should it build out low-cost outpatient offerings, said industry executives and consultants.

Humana, one of the nation’s largest insurers, already announced in December it would jointly acquire home-health-care and hospice provider

A potential Walmart-Humana deal “should be a concern to everybody in health care,” said

“What worries us is death by a thousand cuts,” he said. “Another deal and another deal.”

ProMedica, which operates 13 hospitals in Ohio and Michigan, is looking to diversify its revenue with international expansion and new businesses, he said.

Walmart is “a huge presence in a lot of people’s lives” and has price-conscious consumers who trust the company’s brand, said

president of health-care consultancy Gist Healthcare LLC. A competitively priced health-care option would be attractive to some patients, she said.

As an employer, Walmart has been a very sophisticated negotiator as it buys health benefits, which could increase competitive pressure on services delivered inside the hospital as well, said Dr. Bielamowicz and other industry experts.

Walmart in recent years has increased its use of direct contracting, offering to send employees from around the country to a small group of hospitals that agree to a fixed price and submit data on performance for review, such as rates of infections. 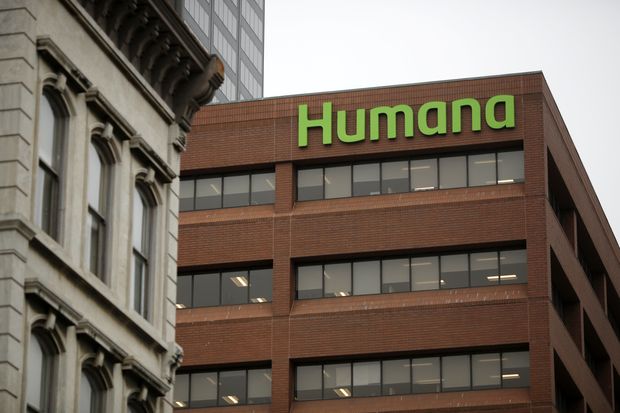 Humana Inc. signage on the exterior of an office building in Louisville, Ky. Walmart could combine its experience building hospital networks with the infrastructure of Humana, one of the largest insurers in the U.S., to create new health-plan products, said Lisa Bielamowicz of Gist Healthcare LLC.
Photo:

The retailer and other companies that employ the strategy use their employee health-plan and other outside data to analyze trends and identify hospital candidates, said

president and chief executive of Pacific Business Group on Health, which works with the companies to run the contracting.

Walmart, the nation’s largest private employer, declined to disclose how many employees have sought care from the 12 facilities with which it contracts for certain spine, cardiac, weight-loss and hip and knee replacement procedures and some cancer care.

“Our focus has been on improving quality and identifying outstanding hospital systems for our associates,” the company said in a statement.

Geisinger Health System in Danville, Pa., one of the providers in Walmart’s program, is paid rates about 10% to 15% lower for Walmart employees who travel to its facilities for procedures, said

For the chosen hospitals, that business is “true growth,” he said, because none of those patients would have been treated by Geisinger otherwise.

The hospitals excluded from Walmart’s network, however, lose that business. That could increase operating pressure on those hospitals, said Dr. Bielamowicz, but it could also ultimately benefit employers and patients by forcing more competition among hospitals to make the cut.

“The cost is going to be the bar” for entry, she said.

—Anna Wilde Mathews and Sarah Nassauer contributed to this article.

Write to Melanie Evans at Melanie.Evans@wsj.com

The Sims 4 has tried to do eco friendly in the past, with the Laundry Day Stuff and last y…

The Sims 4 has tried to do eco friendly in the past, with the …

U.S. President Donald Trump speaks during a news conference in the Rose Garden at …