Researchers in the UK studied 176 children ages 9 to 11, asking them to view fake Instagram profiles of two real YouTube video bloggers chosen for their popularity with kids under 13. The children were divided into three groups; one viewed pictures of the bloggers with unhealthy foods, a second viewed pictures of the bloggers with healthy food such as carrots and grapes, and a third viewed the bloggers without food items. The children were then provided with a selection of healthy and unhealthy snacks.
The results, published Monday in the journal Pediatrics, show that children who viewed pictures of influencers with unhealthy foods ate on average 91 calories more than the group who saw pictures of the influencers without any food items, and these calories were more likely to have come from unhealthy snacks such as jelly candy and chocolate buttons.
The kids who viewed influencers with healthy food items ate about the same as those who saw influencers without food items altogether.
“We originally thought any exposure to food would increase intake, but we only found it for unhealthy foods,” said Anna Coates, a doctoral student at the University of Liverpool and lead author of the study.
Coates became interested in the topic when she realized that YouTube bloggers were advertising within their content, and she wondered how their influence compared with that of traditional celebrities.
Celebrity endorsement of foods that are high in fat, sugar and salt increases children’s preference for these foods and their ultimate consumption of them, previous studies have shown.
Children view influencers as more trustworthy than traditional celebrities, probably because they seem more familiar, research says.
“We know that young people are really critically influenced by people they consider to be their peers,” said Marie Bragg, an assistant professor in NYU Langone’s Department of Population Health, who was not involved in the new study. 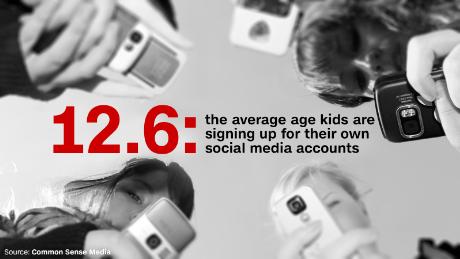 When companies use social media influencers to promote their products, ads are disguised as though they’re a post from a friend, and people are less able to guard against them, she said.
Social media “blurs the lines of entertainment and promotion in a way that could make ads uniquely powerful in ways we haven’t seen before,” she added.
But when it comes to the power to influence young people to eat healthily, the effect is not the same.
“We are designed (biologically) to be really responsive to the sugar, salty, properties of unhealthy foods, and we are not really programmed to overeat vegetables in the same way,” Bragg said.
This, she argues, shows it is not enough simply to counterbalance the marketing of unhealthy foods with that of healthy foods. 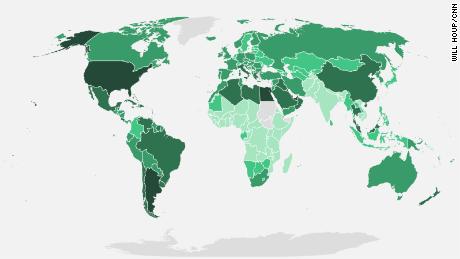 “Junk food tastes good to kids and is readily accessible. Marketers know this and target kids who are particularly vulnerable to these subtle prompts to eat,” Natalie Muth, a pediatrician, dietitian and spokeswoman for the American Academy of Pediatrics, wrote in an email. She was not involved in the study. “This adds up in a big way. … It takes just 70-75 extra calories per day for a normal weight kid to develop overweight.”
One potential limitation of the study is that children were not shown pictures of food alone, which the researchers argued is not representative of how social media influencers advertise food.
But Bragg said she believes that this condition was important in establishing that the kids who ate more calories did so because they were exposed to the influencer advertising food, rather than to the food itself.
And yet the study’s take-home message is key.
“At the end of the day, it shows that food marketing works, and it leads kids to overeat,” Bragg said.
With childhood obesity posing a major health concern to children around the world, the authors argue that food-marketing restrictions should be applied to new forms of marketing, particularly social media, where young people spend a lot of their time.
Muth suggests that parents limit their children’s access to unhealthy foods to minimize mindless eating in response to online ads.
“We need to help make this junk food less available to our kids by not leaving it around the house and by creating structure for meals and snacks as much as possible,” she said.
Bragg has one more recommendation: Parents can talk to their kids about the promotional nature of the ads. “But what will also be much more influential than that is to get vocal with the companies.”
Companies, she argues, care about what parents think because they are gatekeepers to household food purchases.