There are high incidence rates in communities with larger vulnerable populations, including men who have sex with men, ethnic minorities, injection drug users and women, especially those who have been trafficked or who work in the sex trade, city Health Commissioner Dr. Patricia McManus said this week.
Three Milwaukee children born with syphilis were identified in 2017, McManus said. “It rarely occurs,” she said, and “the last known single case was in 2012.” This “sentinel event” — an unexpected and dramatic occurrence — is a cause for concern, she said.
Syphilis is the most serious bacterial STD. Left untreated, it can affect the brain, heart and other organs, ultimately leading to death. 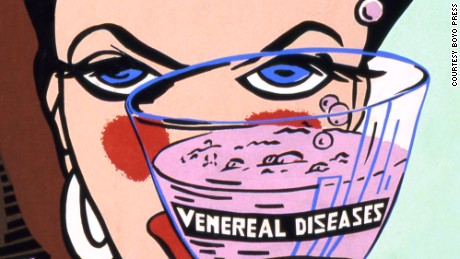 Angela Hagy, director of Disease Control and Environmental Health for the City of Milwaukee Health Department, reported the preliminary number of new diagnoses of sexually transmitted disease in 2017 for the Wisconsin city: 117 cases of HIV, 53 cases of syphilis, 4,401 cases of gonorrhea and 9,725 cases of chlamydia.
The numbers represent a 13% increase in new cases of HIV compared with 2016, a 29% increase in syphilis, a 12% increase in gonorrhea and a 0.5% increase in chlamydia, according to Clarene Mitchell, a spokeswoman for the department of health.
Gonorrhea and chlamydia are both bacterial infections. Gonorrhea can cause severe and permanent health problems, including long-term pain and infertility, and chlamydia can lead to pelvic inflammatory disease, which can affect fertility in women and cause testicular pain and swelling in men.
For 2016, the Milwaukee metropolitan statistical area was already ranked first in the nation for gonorrhea and fourth for chlamydia, she said. 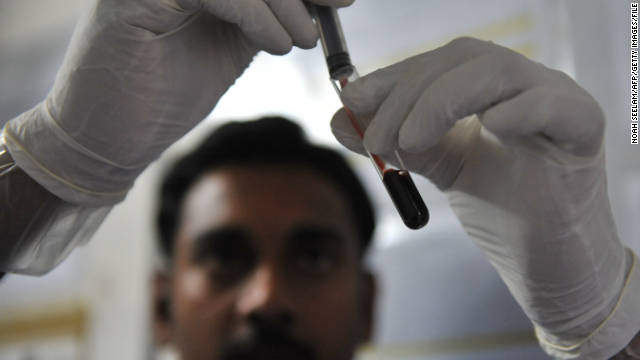 The US Centers for Disease Control and Prevention, which is not involved in the Milwaukee investigation, reported the highest-ever number of sexually transmitted diseases in America in September in its annual Sexually Transmitted Disease Surveillance Report.
Americans were infected with more than 2 million new cases of gonorrhea, syphilis and chlamydia in 2016, the most recent data available, the CDC reported.
Syphilis has been out of the spotlight for decades, and many physicians don’t have it on their radar, according to the CDC. It is also likely that many doctors have not been trained in STDs since medical school.
Additionally, in recent years, more than half of state and local STD programs have experienced budget cuts, resulting in staff layoffs, reduced STD clinic hours and increased patient copays, according to the CDC, all of which could be contributing factors to the rise in STDs.
Another concern in Milwaukee: Late last year, the city health department identified 76 connected people who tested positive for HIV, syphilis or both, Hagy reported.

Of the 76 cases, 19 individuals tested positive for syphilis only, 33 tested positive for HIV only, and 24 tested positive for both syphilis and HIV. An additional 25 people who were part of this network tested negative for both, and the status is unknown for 26 people who either refused to get tested or could not be contacted by health officials.
The department has not determined whether the network cases were caused by sex or injected drugs, according to Hagy.
McManus said the spike in the Milwaukee HIV/STD cases is especially concerning because a “handful” of people under the age of 18 were within the identified network of cases.
McManus recommended that pregnant women and women of childbearing age use protection during sex, get regularly tested for HIV/STDs and complete preventative treatment regimens as required. McManus also suggested that parents and teachers speak with teens to recommend that they abstain from sex or use protection and get tested regularly for HIV/STDs. 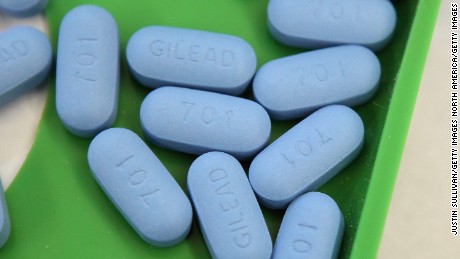 “The stigma and discrimination with being tested for HIV/STIs and/or having the infections must be removed to increase early diagnosis and proper treatment,” McManus said.
The city of Milwaukee accounts for nearly half of all new HIV cases in the state of Wisconsin. “Locally, data indicates that half of all sexually active people will get an STI before the age of 25,” Hagy said.
Nationally, from 2011 through 2015, the annual number and rate of diagnoses of HIV infections in the US decreased, the HIV surveillance report from the CDC indicates.
Preliminary numbers from the CDC for 2016 suggest stable rates of new diagnoses of HIV infection countrywide. In 2016, the age group 25 to 29 years old had the highest rate: about 35 cases for every 100,000 people (that same age). The second highest rate was for people between 20 and 24: about 30 cases for every 100,000.
That said, HIV diagnoses are not evenly distributed geographically, the CDC noted. For HIV diagnosis, the population rates were highest in the South (16.8 per 100,000 people), followed by the Northeast (11.2), the West (10.2) and the Midwest (7.5).
Milwaukee is a notable exception, as is Beaver County, Pennsylvania.

Nate Wardle, press secretary for the Pennsylvania Department of Health, said Beaver County has seen a threefold increase in the number of new HIV diagnoses: from four in 2016 to 11 in 2017. “The spike in cases was predominately seen in men who have sex with men,” he said. “However, through our investigation, we are looking to determine if other risk behaviors may be involved.” 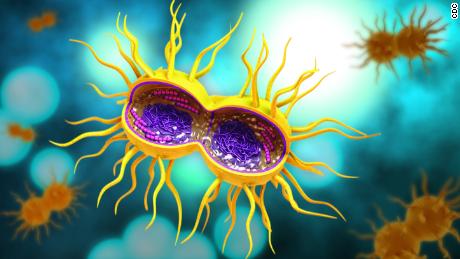 Beaver County also reported a 35% increase in reported gonorrhea and a 12.5% increase in early syphilis, the most infectious stage of the disease. “These increases have been predominately noted in the same populations experiencing the HIV increase,” he said.
This is the only county in Pennsylvania that exceeded expectations, he said.
“It is worth noting that cases in Pennsylvania have increased recently,” he said. The number of HIV cases there rose from 1,186 in 2016 to 1,244 in 2017.
“Due to concurrent increases in syphilis and gonorrhea, physicians are being encouraged to not only offer HIV testing but STD testing as well,” Wardle said.
The CDC would not say whether there is concern over the increases reported in Wisconsin and Pennsylvania. And the surveillance reports do not explain why certain trends are occurring for these complex diseases that can be affected by a number of factors, including behavior, health care access and socioeconomics.