From his cell in a Manhattan federal prison, Joaquin “El Chapo” Guzman signed a contract granting the rights to his name and signature to a limited liability company, or LLC, that will be headed up by his wife, Emma Coronel, and attorneys who worked with him behind the scenes during his recent drug conspiracy trial in Brooklyn.
Once the leader of a murderous drug cartel in Mexico, Guzman was convicted last month of running a continuing criminal enterprise and other drug-related charges.
The company is officially called El Chapo Guzman: JGL LLC, and will launch a clothing line this summer, said attorney Mariel Colon Miro, who was often seen sitting next to Guzman at his three-month-long trial in federal court. 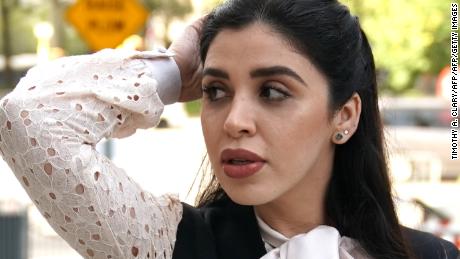 A posting for the LLC appeared Friday in the New York Law Journal, part of a legal requirement for LLCs to announce publicly when they are created. The first posting was listed late last month.
“I’m very excited to start this project, which was based on ideas and concepts that my husband and I had years ago,” Coronel told CNN in a statement. “It is a project dedicated to our daughters.”
Coronel, a former beauty queen with an interest in fashion, has twin 7-year-old daughters with Guzman. She was a regular presence at her husband’s trial, and was often swarmed by media reporting on her fashion choices in court.
Guzman agreed to give the intellectual property rights of his name and signature to the LLC but will not earn any money from it for himself, said Michael Lambert, another attorney who has worked with Guzman.
“He wanted to be able to set something up — a legitimate enterprise — for the benefit of his wife and his two daughters,” Lambert said. “He loves his wife and he loves his daughters, and he wants to prepare for the future.”
Guzman, who is under court order to communicate only with attorneys and only about matters related to his case, had to receive special permission to be able to sign the civil contract that would give his intellectual property rights to the LLC, according to court filings. 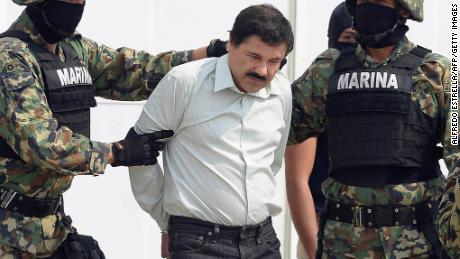 That contract was signed in mid-February, shortly after a jury found him guilty of 10 counts of criminal charges ranging from running a continuing criminal enterprise to conspiring to launder narcotics proceedings. He faces life in prison and will be sentenced in June.
His attorneys are seeking a hearing and possibly a new trial after reports of juror misconduct.
Defense lawyer Colon emphasized that Guzman has no role in the company.
“It’s not his project. It’s Emma’s project,” the attorney said. “It’s based on conversations that they had many years ago. It’s something that they wanted to do.”

‘None of the money is going to him’

As Guzman awaits his sentencing, the government has made clear it will seek billions of dollars “constituting the cartel’s illegal drug-trafficking proceeds” that it believes Guzman helped earn during his time as a leader of the Sinaloa cartel.
Duncan Levin, a former federal prosecutor who specialized in asset forfeiture at the Justice Department, said it will be difficult for US authorities to seize any of Guzman’s assets. 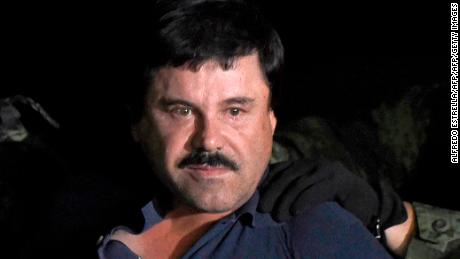 “The forfeiture judgment they got is largely symbolic rather than something they could collect on,” Levin said. “A lot of the assets are in the name of other people. It’s hard to find them, and once you find them, it’s hard to get the buy-in of the Mexican government.”
Colon told CNN it is her understanding that Guzman “does not have any assets at the moment.”
But because the LLC was created in New York, Levin said he believes authorities could try to seize assets from the company under “Son of Sam” laws, which were created to prevent criminals from profiting off publicity gained from their crimes.
“The registration of the company itself could be something that the state could seize,” Levin said. “All the proceeds could be taken away from (the company) by these laws that were meant to prevent a defendant from making money off their crimes.”
Lambert maintains that the company will not do business with Guzman or with anyone else “alleged to be in his organization,” adding that Guzman would not see any profit from the company.
“He’s not giving us money. He’s not giving us proceedings of drug-dealing transactions,” Lambert said. “Everybody has intellectual property rights to their name, their signature, their identity. None of the money is going to him.”
A spokesman for the US attorney’s office for the Eastern District of New York had no comment on the LLC.

Colon said designs for the clothing are “already in progress” and merchandise will include baseball caps, T-shirts, jean jackets, sweatshirts and phone cases. While the company hopes to engage “up-and coming” fashion designers and artists, the lawyer said, Coronel will be heavily involved.
“She really enjoys fashion and designing,” Colon said. “She’s certainly going to be overseeing a lot of the designs.”
One mission for the company is to keep as much of the production in Mexico as possible, she said.
“It’s very important for Emma and for the board of the company that it stays as much as possible in Mexico,” Colon said, “to help the Mexican economy and create more opportunities and work.”
While other clothing lines sporting Guzman’s name exist, Lambert said this is the only one officially trademarked to use Guzman’s identity.

No need to shell out thousands for a great mixed-reality headset just yet. But …